TechHeights is an IT consulting company that offers unique solutions based on comprehensive technical expertise. From Managed IT Services to to backup and disaster recovery services, we do it all. Call us to get stated with your IT journey.

Cyber-attacks have become a common occurrence in organizations across the world. More and more firms are becoming its victims. Even President Trump has been quoted saying that “Cyber theft is the fastest growing crime in the United States by far.” In this case study, we will have a look at how the cyber security attacks are costing billions, how the cost of cyber security will rise in the next few years and how can a company prevent these attacks by hiring tech support in Orange County.

The Cost of Ransomware

One of the most dangerous cyber-attack has been the use of Ransomware which is a malware that infects a computer device and blocks file access by a user. It also threatens of permanent data destruction unless a user pays a hefty ransom amount. This malware has been growing swiftly in the last few years.
Microsoft has stated that in 2015, the damages for Ransomware cost around USD 325 Million. Then it cost USD 1 Billion annually in 2016. And as per Cisco 2017 Annual Cyber Security Report, this malicious malware is growing at a yearly rate of 350 percent. 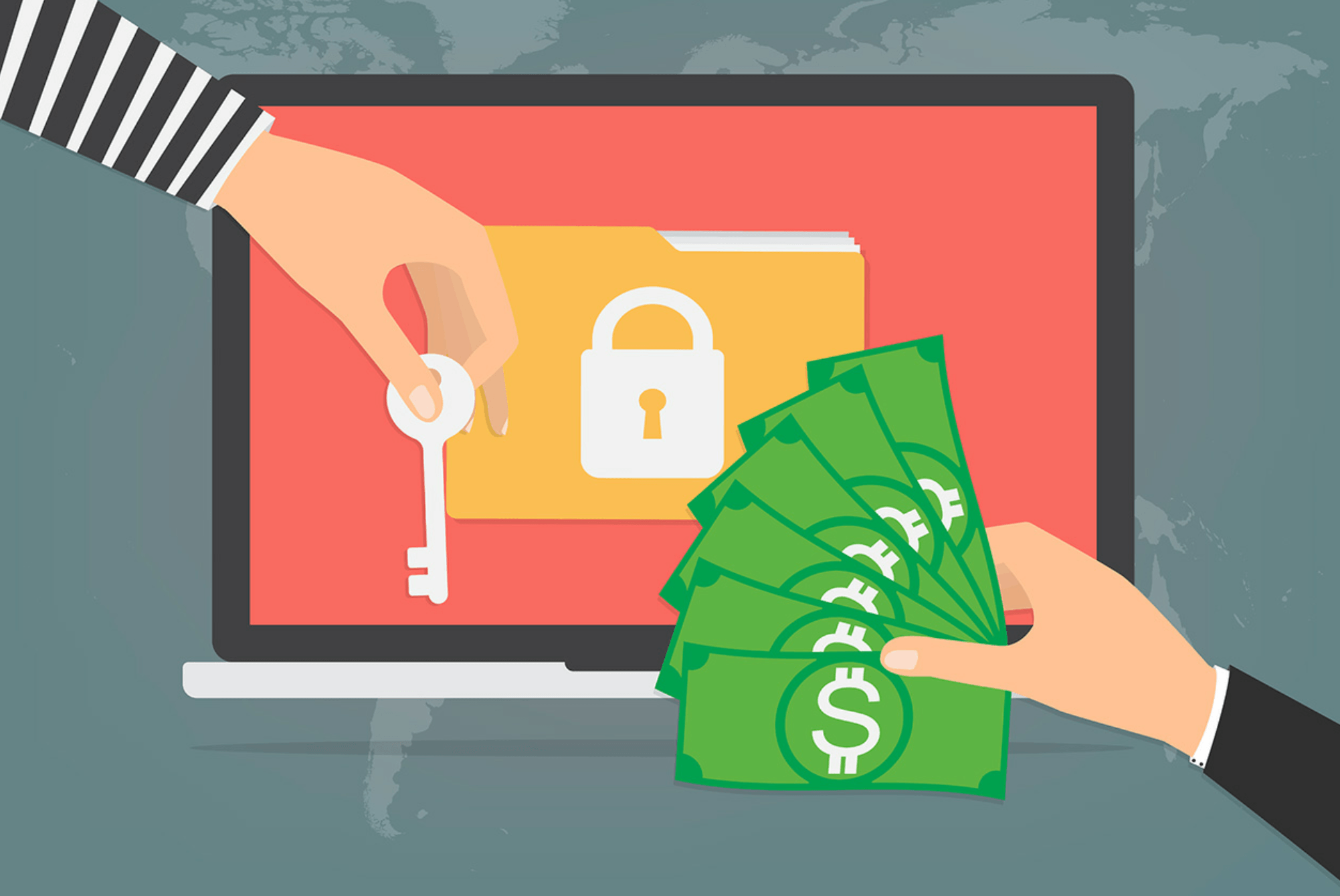 In 2016, about 40 percent of spam emails had malware links to Ransomware. There was an increase of 6,000 percent when compared to 2015. In 2015, less than one percent email Spams had Ransomware.

Ransomware lets criminals monetize a breach quickly with Bitcoin. To prevent paying up the money, businesses need to improve basics like patching, and they need to make use of cognitive security tools that detect attacks with greater precision and at a faster rate. A good provider of tech support in Orange County can help in both, implementing basic security and making use of cognitive security tools.

Experts predict that the damage cost of Ransomware will go beyond USD 5 billion in 2017 which is 15 times more than it was in 2015. These costs include costs associated with data destruction, downtime, employee training, post attack disruption and lost productivity. Many people wrongly believe that the biggest cost associated with Ransomware is the money paid by individuals or businesses to get their data back. But the fact is the number of individuals or businesses paying a ransom is declining due to the efforts of law enforcement officials and cyber security experts. In fact, ransom payouts are now among the least of all damage cost contributors.

Each business must hire a cyber security expert like a provider of tech support in Orange County because of the fact that the new threat, WannaCry is still at large. It is the largest attack of its kind that proved that hackers consider Ransomware a lucrative business that generates instant results. Experts believe that WannaCrypt might be responsible for about 20 percent of the total Ransomware damage costs in the year 2017.

There is an increasing need to hire a cyber security team like a provider of tech support in Orange County because organizations are suffering drastically. Last year, the Locky strain of Ransomware hit the Hollywood Presbyterian Hospital in LA. The hospital had to shut down its computer devices and pay USD 17,000 as ransom. As healthcare organizations are considered as a prime target of Ransomware attacks, it is believed that they will grow four times by 2020.

Another incident that was much popular recently is the data destruction danger faced by Disney as Disney CEO, Bob Iger reportedly paid a big number of Bitcoins to Ransomware hackers to recover Pirates of the Caribbean sequel. The first few episodes generated USD 3.75 billion at the box office.

Data as a Weapon

There was a time when hackers used to target only the financial information of the people. But now they are using data as a weapon and using anything that can get them money, be it healthcare data or even movies. To stop the hackers from using confidential or copyrighted data, organizations need to boost their defenses by hiring companies that offer tech support in Orange County.

You should start making your defenses strong by training your employees on how to spot cyber attacks. A good provider of tech support in Orange County will train your employees on how to avoid spear phishing attacks as 91 percent of attacks done by sophisticated cyber criminals begin with an email. When employees know how to spot fishy emails and why not share credentials, it empowers the organization against cyber-attacks. When right training is given by the right people at the right time workforce susceptibility to phishing can decline by over 40 percent. Updates and enhancements to cyber security are other common ways of deflecting cyber-attacks.

Organizations and individuals also need to stay aware of Ransomware because it lets criminals to automate their attacks completely. Automation of crime is the worst thing that can happen to the world today as it boosts the profits of international organized crime syndicates.

The Cost Paid by Victims

It is a fact that Ransomware victims have paid over USD 25 million in ransoms over the last two years according to Google researchers. But the cost goes way beyond the dollars. A worth mentioning victim was the largest public radio station in San Francisco that was locked up by a brutal Ransomware attack. The producers were forced to depend on paper scripts and mechanical stopwatches.

A prediction made by Cyber security Ventures says that cyber-crime will cost the world excess of USD 6 trillion annually by 2021. It was just USD 3 trillion in 2015. Experts also believe that Ransomware will worsen and comprise of a larger share of the total cyber crime by the year 2021. Another report by the organization that will be out in November 2017 will provide Ransomware damage cost predictions for a 5-year period from 2017 to 2021. The global cyber security spending will go beyond USD 1 trillion from 2017 to 2021. The cyber security spending on products and services was reported to be USD 80 billion in 2016, according to Gartner. It’s unclear whether the cost includes total consumer spending on security and accounting of IoT device protection. The demand for cyber security experts like providers of tech support in Orange County is continually rising. It will reach 3.5 million by 2021. Nowadays, every IT worker needs to be involved in protecting data, devices, apps, infrastructure, and people. The demand for real experts is continually rising, a result of which is the unemployment rate of cyber security has dropped to zero percent. Microsoft estimates that by 2020, 4 billion people will be online which is a cause of worry as new technology enthusiasts are often the most preferred targets for cyber criminals. By seeing this data, we agree wholeheartedly with the statement made by Ginni Rometty, IBM’s chairman, president, and CEO. She said that cyber-crime is the greatest threat to every company in the world.

In June 2017, companies across about 64 nations became victims of a cyber-attack known as Petya that encrypted the hard drives of over 2,000 victims. This attack was so popular because it exploited the same security flaw that allowed the Ransomware WannaCry to infect over 300,000 PCs around the globe in May this year. It means that Petya could have been avoided if companies had worked on patching their security. 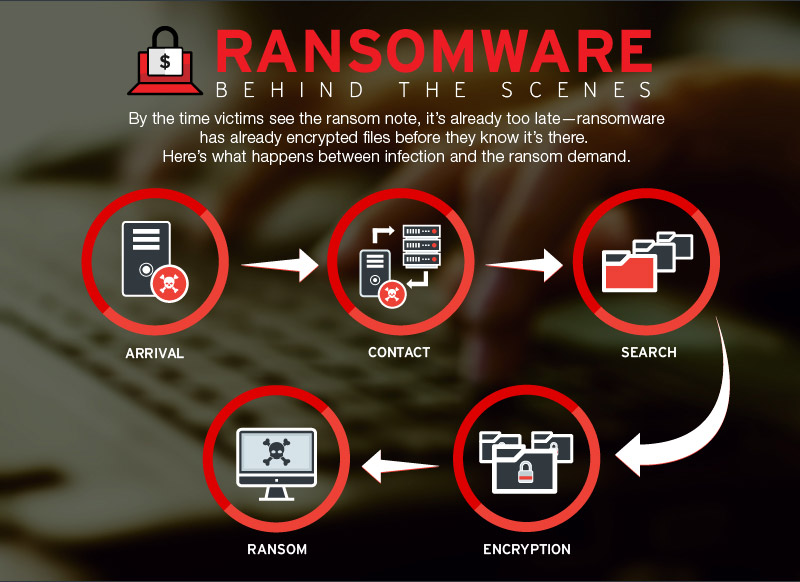 Need to Do More

This instance says that organizations across the world need to come clear on why they were targeted and which flaw was misused by the hackers. It will help in preventing future attacks. Some organizations have already opted for this route. For instance, the US Department of Health and Human services issued guidance in 2016 that directed hospitals to report Ransomware attacks. If all the organizations do the same, then the tactics adopted by the attackers can be identified, and future attacks can be prevented. But hoping for all organizations across the globe to report a threat or attack is something of a stretch. The best an organization can do is to improve its security by hiring a cyber security expert from a company providing tech support in Orange County. You should know that preventing attacks like Ransomware is not just about ticking a cyber security checklist; it’s also about ensuring that you evolve IT security strategies with time. Read on to know more on this.

How to Prevent Cyber Attacks?

As the owner or manager of a modern organization be it a profit making MNC or a small company involved in social work, you should know that ransomware is a huge risk that can be prevented only by taking a few pragmatic steps listed right here.

The first thing you need to do is to conduct a thorough review of the IT vulnerabilities of your organization. In case you don’t have an in-house expert, you can hire a provider of tech support in Orange County to do the vulnerability check. After identifying the threats, you need to ensure that the vulnerabilities are removed so that no threats can enter or harm the IT infrastructure.

After you have ensured that your IT infrastructure is as strong as it can be, you need to develop systems and practices that help in identifying the threats. You need to train all the employees to identify the threats and report something fishy to the IT experts like providers of tech support in Orange County.

Prepare for the Worst

Apart from creating backups, you also need to ensure that individual user systems and servers are restored rapidly from backups so that the productivity of an organization isn’t harmed for long. Employees should also know that they will get back the work they had done till date so that they don’t panic much. Systems should also be built to inform the customers that their data is safe in the form of backups.

It is also vital to ensure that all the members of your organization know who will be tackling the attacks. They should be able to report an incident to the right person or the company providing tech support in Orange County so that all the defences can be utilized instantly and the damage can be minimized. The time span between identifying a threat to ensuring damage control should be minimal because the maximum it is, the more damage would be done. Enterprises must ensure formal procedures exist in which employees and those responsible for managing high-priority security incidents can streamline the organization’s response to ransomware attacks, and its ability to restore services to both employees and customers.

Considerable time, money and efforts should be spent by you or the company providing tech support in Orange County to train your staff members on how to detect malware, how often to do the regular scans, how to avoid suspicious files, etc. In a company where employees are aware, it is challenging to spread maximum damage via cyber-attacks.

Conclusion: While seeking the best company providing tech support in Orange County, you can depend on TechHeights as we offer best in class IT security and keep abreast of all IT threats and vulnerabilities. We can work diligently to prevent cyber attacks and also help your organization to get over such an attack if you have already been victimized. Apart from offering excellent IT security, some other categories of services we offer are IT Services, cloud services, and ERP & CRM services. To know us better, call us on 888 600 6070 or email us on mailto:info@techheights.com

About the Author: TechHeights Development